There is not much time left… RSF (Reporters without Borders) created a petition, aiming this time on Priti Patel. I ask you please to sign it!

On 20 April, the Westminster Magistrates’ Court signed an order confirming the alarming next step in the more than decade-long case against Wikileaks publisher Julian Assange. Following more than two years of extradition proceedings in UK courts,...

Because this thread is quite handy to collect former petitions too:

Free Julian Assange, before it's too late. Sign to STOP the USA Extradition

April 11, 2019 - Today, Wikileaks publisher, Julian Assange, was expelled from the Ecuadorian embassy in London, where he was granted asylum almost seven years ago, and arrested by British police. He is being held for extradition to the United...

To the government of the UK: Julian Assange, through Wikileaks, has done the world a great service in documenting American war crimes, its spying on all...

#FreeAssange: sign this petition opposing Julian Assange’s extradition to the...

Reporters Without Borders (RSF) is firmly opposed to the possible extradition of Julian Assange to the United States, where he could be sentenced to up to 175 years in prison for charges that include publishing and providing journalists with...

Tell the UK not to extradite Julian Assange | RootsAction.org

Many prominent figures in the U.S. media, cheering Assange's arrest, display more loyalty to the U.S. government than to journalism or publishing. We have to step up in their absence and defend their institution.

Free Julian Assange. Do not extradite him. | RootsAction.org

Julian Assange is being held in prison in the United Kingdom, convicted of and charged with no crime there. He is in danger of being extradited to the United States to be prosecuted for publishing accurate information in the public interest. This is...

Get involved in the defense of Julian Assange! Here are several ways to take meaningful action in support of a free press and the First Amendment

AssangeDAO Twitter boosted the ongoing petition by Reporters Without Borders (RSF) four times in April (20, 21, 23, 25). Yet instead of continuing to call on its 19.5K followers to sign the petition before 18 May as RSF urges, AssangeDAO Twitter in May launched its own separate campaign exhorting supporters to “politely tweet encouraging the UK Home Secretary to deny Assange’s extradition and free him” using the hashtag #PritiPlease. This baffles me. As of today, RSF’s petition has collected 34,350 signatures. How many polite tweets did AssangeDAO Twitter stimulate? Surely it would’ve made more sense to consolidate efforts along a single track rather than splitting off to questionable effect.

There can’t be enough actions and ideas to free the most important publisher of our time. I noticed on the forum, that there is no thread that collects petitions, so I created one.

What baffles me though, is your consistent analysis and critique on actions and ideas of other supporters. Would be nice, to also bring your own ideas, having a constructive mindset… Thanks.

You are needlessly defensive. If my contributions to this forum are not constructive, then the community is welcome to ignore them and, if my offenses are sufficiently egregious, ban me.

I can’t and would never ban a nagging person for not bringing ideas. Sir.

Your condescension is noted. Sir.

Just like your xx condescension already. If you critizise others consistently, without contributing with your ideas, than I’ll also take notes of that…

I realize that you would prefer to have this forum be an echo chamber where members race to unquestioningly support your proposals, congratulate you on your selfless activism, and never is heard a discouraging word. But if that’s your idea of the kind of Free Speech for which Mr. Julian Assange has sacrificed himself, I think you’re sadly mistaken.

My intention here is not to be rude but…
I didn’t like your behaviour and I expressed it here, because I think that you have potential. I like how rational you are, how you analyze things and collect data to make your own conclusions (even though, sometimes these were wrong and needed correction afterwards). My intention is to ask you, to use that potential to contribute with ideas, solutions and a more positive mindset, rather than critizing and discouraging actions of enthusiastic supporters that want to help Julian.

But if that’s your idea of the kind of Free Speech for which Mr. Julian Assange has sacrificed himself, I think you’re sadly mistaken.

I am sad that this group has become a cult of personality rather than a civil rights group. Julian Assange is just another Jesus figure to many people here, and instead of perceiving him as a complex and sometimes flawed individual, we are trying to make him into a sanctified martyr. As such, the reactions of individuals in cult like organizations, are reflected in the behaviors of many people here, to eliminate any source of cognitive dissonance, and to engage in unethical behavior as a means to an ends.

You seem to forget that this DAO has a core mission. About 96 % voted for that. The DAO has been created to free Assange and therefore to protect our future of journalism and human rights. You can call it a cult if you want, but it doesn’t change the purpose of the DAO.

You seem to forget that this DAO has a core mission. 96 % voted for that. The DAO has been created to free Assange and therefore to protect our future of journalism and human rights. You can call it a cult if you want, but it doesn’t change the purpose of the DAO.

Yes, that is why the DAO engages in airdrops, but doesn’t actually engage with the work of filing a writ of habeas corpus, as I have proposed many many times in the past.

It’s not my fault that people don’t involve in your idea.
I also created many, that had been ignored.
The airdrop advertisement idea came from the chinese marketing as far as I know and has been sponsored by an independent fund. It was their donation that made this advertisement possible. I also hope though, that people finally involve more on the existing ideas on the forum and proposals, constructively.

I would also like to note, that Julian Assange promised to turn himself into the American authorities, if Barack Obama decided to provide clemency to Chelsea Manning, and when Obama had done so 6 days later Julian had decided to change his mind. So its ironic that we are participating in this “pritti please” marketing blitz, predicated on breaking the promises that Julian had already provided, to extradite himself to the US government.

Assange agrees to be extradited if Obama grants clemency for Manning

WikiLeaks founder Julian Assange says he will agree to be extradited to the United States if President Obama grants clemency to Chelsea Manning, the organization tweeted Friday.If Obama grants Mann… 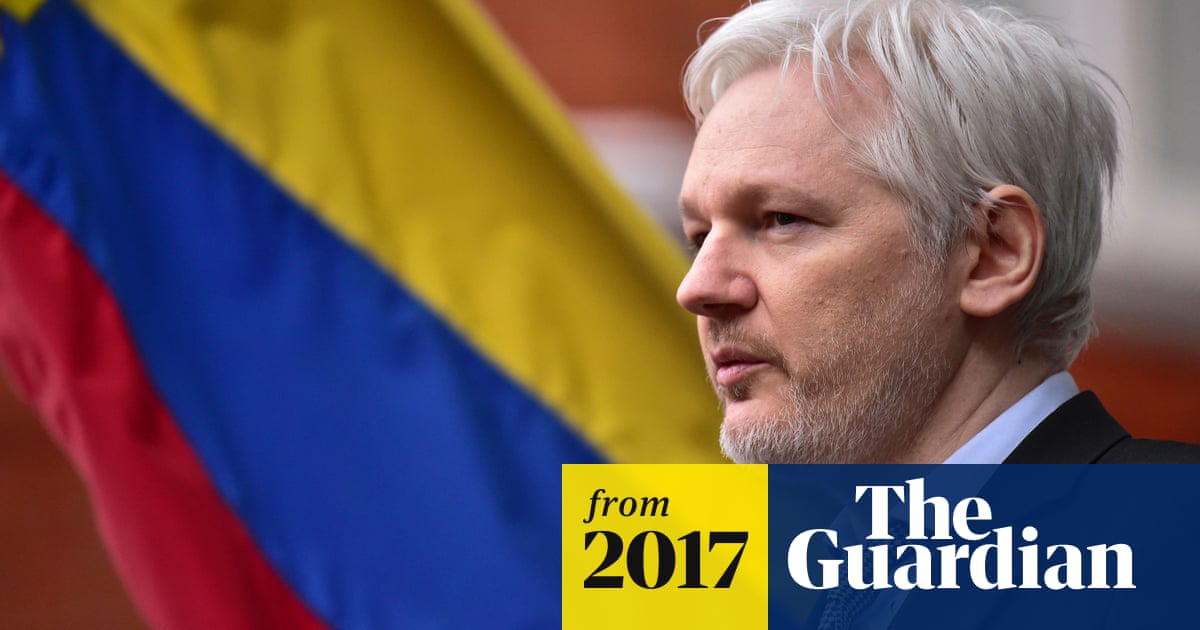 Julian Assange: Chelsea Manning clemency was bid to make life hard for me

What has our action to stop Priti Patel from signing the extradition order to do with Julian and Chelsea?

What has our action to stop Priti Patel from signing the extradition order, to do with Julian or Chelsea?

you should take some time to read and think before responding

WikiLeaks founder Julian Assange says he will agree to be extradited to the United States if President Obama grants clemency to Chelsea Manning, the organization tweeted Friday.

Assange said Obama had commuted Manning’s sentence to get back at him.

“What’s the result? It is going to make life hard for Assange because either he will be extradited to the US or we will show him [to be] a liar. Therefore, it is OK to pardon Chelsea Manning – that’s what happened.”

These articles are about 5 years old and I’m not sure that Julian considered 175 years prison at this time. Also possible that he didn’t expect this action of the US, which could have been a bait to get Julian.

So what is your point here? That we should stop our attempts and that he gets extradited because of something that he maybe said 5 years ago? Sry. I don’t understand what the conclusion of these articles and your reply should be. ^^

Sry. I don’t understand what the conclusion of these articles and your reply should be. ^^

The conclusion, is obviously, that Assange is a liar, he said so himself.

He is the one who made the offer to begin with, then he blames Obama for accepting it.

What is your goal here?

Hasn’t it been made apparent, I file habeas corpus petitions for people who are engaged in free speech, because i went to prison for 5 years for exercising free speech. I don’t have to agree with white supremacists, or with manipulative liars, to do so. The first amendment is worth protecting, and these people will be used as the justification for removing it for everyone, otherwise we will become a totalitarian state.

Yesterday I was discussing with friends, whether to file an amicus brief against the police pension fund, that is suing to prevent Musk from buying Twitter for example. I literally predicted that this lawsuit would happen, before it was even filed with the court, because i know of the governments dirty tricks.

@saizai
@endomorphosis Huh. Hadn't heard about it. Thanks for the summary.
next page →